By taking the red tape out of company recruitment, the Syke (Pulse) partnership in Tampere helps to solve a labour shortage as well as improving the lot of disadvantaged people. Syke uses professional marketing techniques to help companies desperate to find motivated workers in areas where labour is short. It has thus helped create 29 social enterprises - over half the national total. 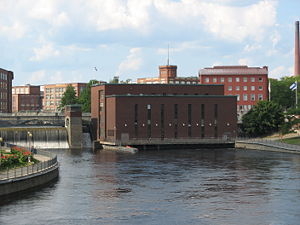 Tampere, Finland's main industrial centre, lies in the central lake district two hours north of Helsinki. An old textile town of about 250,000 people, its mills still straddle the rapids on the Tammer river. It is the beneficiary of a remarkable initiative to boost the number of social enterprises. Finns use this term as a translation of sosiaalinen yritys, to refer only to those businesses that seek to integrate disabled and long-term unemployed people into the workforce - what are referred to at European level as 'work integration social enterprises' (WISEs) or in Britain as 'social firms'. The law creating the status of social enterprise[1] came into force at the beginning of 2004, and offers wage subsidies to firms employing at least 30% of disabled and/or long-term unemployed workers (at least one person must be disabled). Two-and-a-half years later Pirkanmaa, the region around Tampere, with a population of 450,000, now has the greatest concentration of social enterprises in Finland - 29 of the national total of 52 - and this is in large part due to the Syke project.

What marks Syke out is its savvy marketing approach. Its customers are not the disabled and long-term unemployed people that are in theory the beneficiaries of the social enterprise law, but local companies, desperate to find new staff. The project is thus not addressing unemployment as such - indeed at just under 13% unemployment in the region is only just above the national average. "The problem we are tackling is structural unemployment, which is three-fifths of the total," says project leader Mikko Kesä. "Tampere's past as an industrial town has left us with bottlenecks in the labour market as we convert to high-tech jobs." The project also hopes to forestall the labour shortage that is looming as the post-war 'baby boom' generation retires. "Our marketing strategy is 'Just do it!'. We are creating as many social enterprises as we can, fast - after that, everyone will be interested!"

Syke is based in the offices of Ensimetri, a business advice agency located in the city centre. Ensimetri is a partnership between the region's municipalities and private companies, and gives free consultation to 2,000 customers a year, referring them to a network of 200 advisers for specialist advice. This results in 500 start-ups each year, creating about 400 jobs (many people start part-time businesses). Ensimetri is a member of the national 'Jobs and Society' network, which, through its connection to the business world, tries to bring an enterprising approach to job creation.

The project delivers what it refers to as a '360-degree service' through seven carefully selected advisers, located in various of its partner organisations. These three men and four women operate a nine-stage process.

Jussi Teräsvirta, one of Syke's full-time advisers, has a caseload of over 100 companies, mostly small, but some employing over 100 people. This may seem to be a lot, but he is sowing the seeds of future change. If he focussed his time more tightly now, then the supply of firms ready to convert might dry up a few years down the line. So that he has something to offer all types of beneficiary, he also wants to work with a wide range of companies.

The project has not specifically targeted any particular group, but of the 29 firms that have been set up so far, five are composed completely of women, and overall women have taken more than half the jobs created. "Women are more motivated, plus the sort of service sector jobs we have created suit women better," explains Mr Kesä. 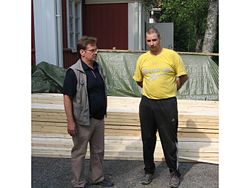 One product of this process is to be found at Kirkonkylän Koulu, a scattered settlement some 20 kilometres west of Tampere, where the village school is under repair by Ramatra, a social enterprise run by Matti Ranta. The construction industry is booming, and motivated workers are hard to find. Syke has helped place a number of men who have backgrounds in construction but have fallen prey to drink. A couple of them have been out of work for over ten years.

The company was set up in February 2004, just two months after the social enterprise law came on stream. It now employs ten people, of whom four qualify for government subsidy on account of their tendency to alcohol abuse. Ramatra bids for work under normal competitive conditions, so it needs to be as professional and as productive as the next firm, whether in timekeeping or work quality. "It is important for the men that this is a normal job, not sheltered work," says Mr Ranta. This is not without its challenges, and a supervisor is needed for every two workers in integration.

This means that that the figure of at least 30% disadvantaged workers which is the legal minimum is also, as far as he is concerned, also pretty near the maximum.The company's style is egalitatian and staff turnover is low. Even so, one thing Mr Ranta does not do is put forward Ramatra's social enterprise status as part of its marketing, as he fears that it might put potential customers off. There is clearly a confidence-building job to be done.

A second and contrasting social enterprise is PPCT (Pirkanmaan PC Torte), a call centre located on an industrial estate in the Vehmainen area south of Tampere. The company became a social enterprise as part of its quest to find a workforce. "We thought recruitment would be easy, because there are so many unemployed people," says marketing manager Minna Taatila. "But people don't want to take a job, because benefits are so good." Particularly, she might have added, if benefits are topped up with a little unofficial work on the side. 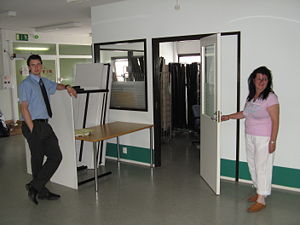 PPCT works for a wide variety of companies, including such household names as Canon Finland. Ms Taatila describes its work as being "the CEO's secretary". The company is perpetually in search of motivated workers, and one route it experimented with was a link with Tampere's adult education centre. By offering placements to its students, PPCT thought it would be able to take its pick of qualified and motivated workers. It was wrong - the course was a compulsory one, and the participants were not interested in being offered a job!

At the moment, one year after its conversion to a social enterprise, PPCT has 20 workers, of whom five (all women as it happens) are receiving the public subsidy. The business is expanding fast and another three workers are about to be appointed. Call centre work has the advantage of being very suitable for disabled people - wheelchair users and blind people included. Mr Kesä himself can testify to their effectiveness since he used PPCT to identify potential social enterprises: they called 100 companies and got 70 appointments - an unheard of hit rate. He backs up Ms Taatila's analysis of the problem, pointing out that the job is neither uninteresting nor badly paid: "PPCT pays a basic salary of €1,300 a month - and with bonuses earnings can climb to €3,000 a month, whereas most call centres pay on a commission-only basis. In this respect being a social firm is a plus, as it guarantees decent working conditions."

The project is firmly located within a broad public-private partnership to promote the local economy. Its predecessors were two projects to develop a local employment strategy that were led by the regional ‘’Työvoima & Elinkeino’’ (employment and economic development) Centre, a joint structure depending on three ministries - labour, industry and agriculture. The idea for the EQUAL project came out of this strategy-forming process, and with its €1.6 million budget represents an important component of implementing the strategy. The project thus benefits from a partnership that was already active. The project has three types of partners:

Transnational learning is an important part of the project, Mr Kesä says. To find high-level partners with whom they could conduct a meaningful exchange, the project once again put its market research expertise into action and circulated all the 150 leaders of social economy partnerships in the first round. This strategy identified three partners, in Austria, Belgium and Germany respectively. The transnational work progresses through a series of four events. The first conference took place in Kortrijk, Belgium in November 2005, and started at the bottom with grassroots service models, by examining a dozen best practice cases of start-up social enterprises. The second event, held in Hof, Germany, in April 2006, jumped up to the second stage, and looked at wider service models. September 2006 saw an event on home turf in Tampere, an opportune moment to consider national support frameworks, especially the reform of Finland's social enterprise legislation. The final event too place in the spring of 2007 to tie things together.

The salient lesson so far, Mr Kesä says, is that ideas about social enterprises vary a lot: "It is good to see the wider picture and compare what is good and not so good. We can't just bring something from Germany and implant it, because the whole system is so different." However there is one idea that might be transferable, the 'business park' for social enterprises that Kanaal 127 has set up in Flanders. "This might be a good idea here, to give permanent support, like job coaching, to small firms," he says.

The project's results have been such that Mr Kesä - who after all is the person with the broadest practical experience of social enterprises in the country - is invited to meetings in Parliament, and sits on the different working groups that are rethinking ideas for the social enterprise legislation. "The municipalities have been impressed," says Mr Kesä, "and we are in the preliminary stages of a follow-up plan. Our idea is to set up a company to lease workers out where they are needed. This will save paperwork, which is time consuming for small companies and for the local labour offices. Many firms would be willing to take on more workers if it were easier, and we think the municipalities might provide some finance."