Faced with the urgent need to reform its mental health system, Greece has created a new legal form, the limited liability social co-operative or ‘KoiSPE’, to help rehabilitate people suffering from mental illness. The KoiSPE has the unique feature of being an independent trading enterprise whilst still being an official mental health unit that can benefit from the loan of national health service staff and premises. What’s more, workers in a KoiSPE can earn a wage without losing their disability benefit. The EQUAL development partnership ‘Synergia’ provided the impetus for the launch of the first five such co-operatives, which are now employing 132 mentally ill people. The total is expected to rise to 50 or more co-ops covering the whole of Greece. 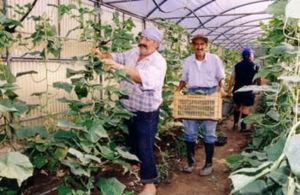 Until the mid-1980s, the Greek mental health system relied entirely on a small number of monolithic and overcrowded asylum institutions. There were no community-based facilities and many remote parts of the country had no mental health services at all. In 1983 the World Health Organisation sponsored a review of the situation, which resulted in an EU-funded reform programme being set up to run from 1984-1995. This has been followed by the Psychargos programme, which runs from 1998-2010.

Psychargos is wide-ranging, and envisages the four largest psychiatric hospitals being closed, and the five smaller ones being downsized. The process is a progressive one, as alternative community-based facilities come on stream to take their place. A key part of the reform involved a move from occupational therapy to sheltered workshops operating within the hospitals. This was seen to produce good results, so the next step was inevitable – the move to self-managed economic activity. In this field, the Italian experience of social co-operatives was an inspiration – Italy has some 2,500 “type B” social co-operatives which are active in labour market integration, not only of mentally ill people but of other disadvantaged groups as well.

A key component of the array of facilities being built up was therefore to be a network of social co-operatives across the country. But if these co-operatives were to succeed, they needed an appropriate legal status.

Dimitris Chondros, who was responsible for the first part of the Psychargos programme, was the main motor for the creation of the KoiSPE statute. After long negotiation, a law establishing the new legal form of ‘limited liability social co-operative’ or KoiSPE was passed in 1999. Law 2716 of 1999, article 12, provides that a KoiSPE has the following characteristics:

But these new enterprises were slow to get off the ground. In fact by 2002 the only KoiSPE to be started was the one on the island of Leros, the site of the country’s biggest and most scandal-prone mental hospital.

The EQUAL programme offered the perfect opportunity to speed up the process of reform. “A report was published severely criticising the conditions in these mental hospitals, and this was a real kick in the guts,” says Antonios Panourgias, co-ordinator of the Synergia development partnership. “We needed to move quickly to reform the mental hospitals.” Though the KoiSPE was the product of a long evolution, bringing EQUAL on board was the initiative of a handful of people who saw the need. “EQUAL was the spark that got things moving, by encouraging us to work in partnership. I think it worked miracles, considering the size of the project,” says Mr Panourgias.

Mr Panourgias himself joined Synergia as co-ordinator in the spring of 2003. His job as head of the support structure was to support both the individuals and the enterprises they created. To do this, the partnership met the costs of three area-based teams, each two people strong, working in the Athens suburb of Aigaleo, in the northern town of Thessaloniki and on the island of Corfu. It also allocated budgets for the drafting of a business plan for a new co-operative in each of these places. But human resources proved to be the scarce factor of production: “We found that the first task – motivating people – took so much time that raising finance never became an issue as such,” Mr Panourgias admits.

The government plans to set up one KoiSPE in each mental health sector in the country, which means there will be one in each nomos or prefecture, making 52 in all. Seven have so far been established, of which five are in operation. The businesses the KoiSPEs carry on include honey production, laundering, catering, baking, cafeteria operation, printing, carpet weaving, gardening, furniture manufacture, paper recycling and car washing. Taken together, the enterprises have 1,200 members and so far provide jobs for 132 mentally ill people. 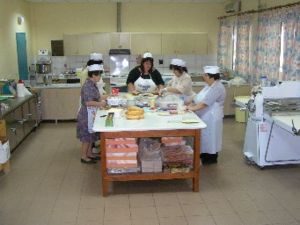 The largest such enterprise, KoiSPE ToPSY, is based on the hospital on the island of Leros, an island with a population of 8,000 situated in the Aegean between Samos and Kos. It was founded in 2002, and now has 457 members and 54 employees. It runs a horticultural operation extending to 10 hectares of greenhouses, as well as a pastry shop. A €50,000 Ministry of Agriculture grant to install bottling machinery has enabled the co-op to launch a business manufacturing, packaging and distributing origin-controlled honey named after the island’s goddess, Artemis. Its next development is to be a partridge hatchery. Apart from its role in rehabilitating the ex-residents of the mental hospital, the co-operative has a vital local development function, providing jobs and activity in a remote island 300 km from Piraeus. It seems to be on the right path, as it has turned in a profit of €110,000 over its first three years.

More recently, smaller KoiSPEs have been set up in the urban environment of Athens that employ between 10 and 30 people. A typical case is the Ev Zin (Good Life) co-operative in Aigaleo, in northwest Athens. This enterprise has grown out of a voluntary organisation called Ftiakhto mazi mas (Do It With Us) which was set up in 2000 as part of a Horizon project sponsored by the Mental Health Centre, a government agency. Ev Zin operates out of a modern three-storey building, each floor of which houses a separate activity. On the ground floor is a carpentry workshop which employs six mentally ill men and two others making fitted furniture such as kitchen cabinets and bookshelves. “Everything is made to order, and we do not try to compete with mass-produced items. Our policy is to offer good quality at an affordable price,” explains Pelagia Nikolaou, the co-operative’s secretary. The building’s first floor is given over to a coffee bar, gym and library, which serve as a drop-in centre for people with mental health problems as well as being the base for a catering business. The top floor houses four handlooms which are used to weave carpets. It can take as long as a year to weave one carpet. 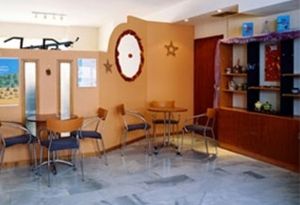 The Ev Zin co-operative was formally established in June 2005, with 41 members: of these 24 are mental health patients, nine are mental health professionals, and eight are sponsoring organisations. Each member has bought one share worth €180, and two corporate members have provided working capital by buying investment shares to the value of €70,000. In addition, the Centre for Mental Health supports a quarter of the enterprise’s costs. Yet, despite the lure of the KoiSPE’s tax-free status, the members are not rushing things. “We are transforming the voluntary organisation into a social co-operative in easy stages,” says Ms Nikolaou. “The first department to ‘go commercial’ is the catering, and we will wait till we are comfortable with the new legal form before we take the next step.” The co-operative’s president, Ilias Frangiadakis, points out EQUAL’s role in training the workers for the catering business. “Turnover is now €550,000 a year, and we are providing 12 full-time and eight part-time jobs, all paying proper wages with social security and pension. In three years our objective is to have 24 employees with a mental illness, apart from other workers.”

If all goes well, steady growth can be expected, as the business is relatively small and nimble, and its city location gives it a wide choice of business opportunities.

The EQUAL partnership has also given birth to a national support structure for social economy initiatives called Synergeio (‘workshop’). Set up in mid-2003 and based in Athens, the agency gives information to people interested in starting a new social enterprise, advises existing social co-operatives, chiefly on legal and financial and management issues, and acts as a focus for networking. It has already advised over 40 groups and organisations. It also acts as a focus for the activities of the Social Co-operatives Network, which is working to raise awareness of the possibilities of social enterprise among the authorities and the general public.

The Synergia development partnership initially had 16 partners, the bulk coming from the mental health sector (Daphne, the social co-operative that sprang out of the psychiatric hospital in Athens, joined later). As a financial partner, the founders chose the Agricultural Bank of Greece, which is state owned and has a sense social of corporate responsibility. Other private sector partners include Metron Analysis, an opinion polling company that helped the DP to explore the market – and found that private sector markets for social firms do exist.

Other sponsoring organisations include EPIPSY, the Athens University department of mental health, as evaluator; EOMMEKH, the national small business agency; and OAED, the employment agency. But even with the key national SME agencies on board, engendering a cultural change, and winning acceptance of social enterprise among Greek society and institutions, has not been easy. The DP’s original idea was to start the ball rolling by establishing the first social co-operatives, and then hand over to the mainstream agencies EOMMEKH and OAED. This has not happened – yet.

But something else has. Actions are speaking louder than words. In October 2005, the Corfu co-operative won its first public tender. It went head-to-head with private companies to win a grounds maintenance contract worth €131,000 which will provide jobs for six months for 21 people, half of whom will be mentally ill. “They had no special treatment, and the message that sends is very important,” says Mr Panourgias. The message has got through to at least one municipality that business and rehabilitation can go hand in hand.

But the message has to be told and retold throughout government. “We had another struggle with the tax office over employment insurance,” says Mr Panourgias. “Even though the law says the members are employees, the tax office insisted that every member should have their own insurance as self-employed people before they would issue a co-operative with a tax code. We are currently at the stage where Daphne has been allowed a six-month exemption, and we hope that this anomaly will eventually be resolved.”

The transnational element of Synergia’s work has been vital, says Mr Panourgias. “Teaming up with the Italian DP Prassi meant that they gained knowledge of mental health issues while we learned about the social economy and the whole range of things it could offer. We took local authority representatives to Rome, where the municipalities are very advanced in measuring the social added value of the co-operative approach. We cannot apply their methods in Greece yet, but it was useful model to experience. We also sent trainees on two training courses in Italy, one for social enterprise managers and the other for middle managers, which had an inspirational effect.”

“We also learnt a lot from Promi in Cordoba in Spain, although they were not formally in the partnership,” Mr Panourgias continues. “It is a wonderful foundation that runs social businesses such as blacksmithing, furniture making and assembling wiring harnesses for cars.”

Greece’s first social co-operatives are now making their own way in the commercial world and the second wave is getting under way. A network has been established and the administrative system is bedding in. The KoiSPEs are the forerunners of a new and fulfilling way of life for some of the most severely excluded people in our societies.

In September 2011 a law was passed creating a legal vehicle for social enterprises: http://www.taxheaven.gr/laws/law/index/law/374